It was decided that Shankar and I will go camping in  Big Bend National Park. Its a 10 hour drive each way, and a two day stay in the park. So we stacked up on our supplies, and started out on November 27th at 8 in the morning. It was an uneventful drive up through to Fredericksburg going west. Once we got past Fredericksburg and headed out towards west Texas, I realized how flat the Texas landscape truly is. I could see flat straight roads for miles without an change in the geography! One could fall asleep at the wheel, wake up minutes later and not even realize it! 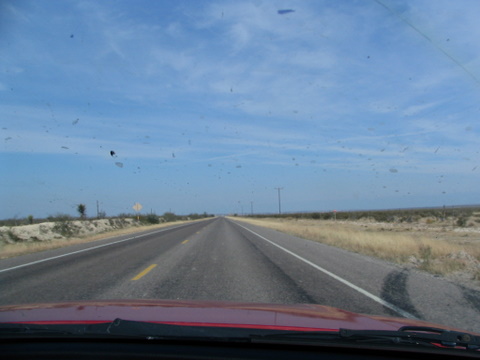 It was fairly late by the time we got to Ft. Stockton, and so we decided to spend the night at a motel there, and left for Big Bend first thing in the morning. The drive from Ft. Stockton to Big Bend was quite picturesque. There were some very interesting natural and man-made reliefs. 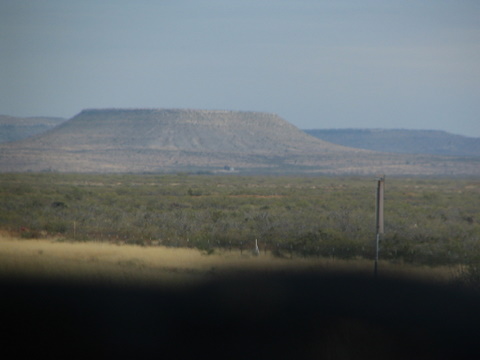 We reached the borders to Big Bend National Park at about 8 in the morning. Although I knew it was called the ‘Big’ Bend, I didn’t quite realize how BIG it really is! We has to drive to over 40 miles into the Big Bend National Park to get to our campground. The campground was located in a basin surrounded by the Chisos Mountains. It was an extremely picturesque location to camp out at. 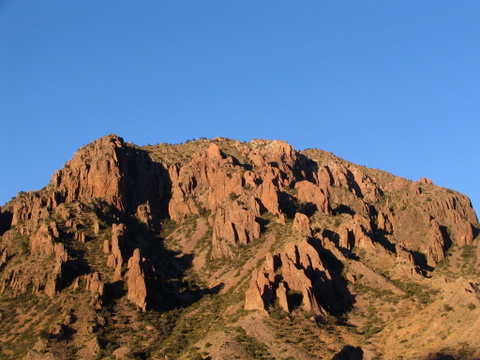 When we got there the campground was almost full. However, we did manage to secure a decent camp site, and then set out for our first hike: the window trail.

The window trail is a 5 mile round trip trail that takes you a ‘window ‘ created by water erosion. The window  is a pour-off that drains the entire Chisos basin into the great Chihuahuan desert. Although it was not a very difficult hike, we were woefully out of shape, and so it seemed a lot more difficult then it should be. We started off form the campground with a beautiful view of the canyon beyond which lay the ‘window’. 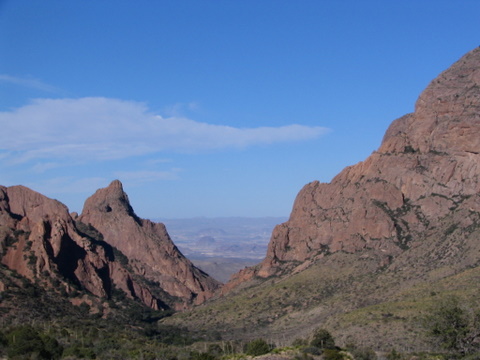 View of the Canyon that ends at the 'window'

The hike was peppered with some unusual looking plants. Like this snake-like plant: 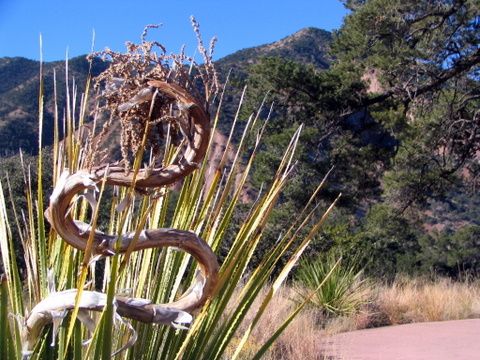 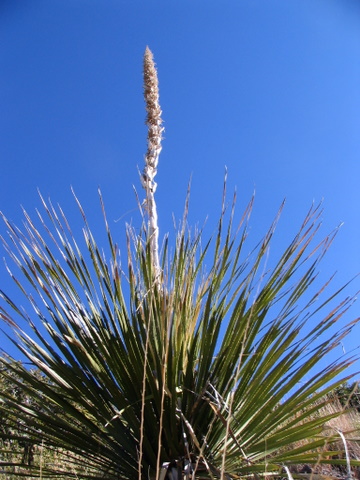 Or this fascinating xerophyte: 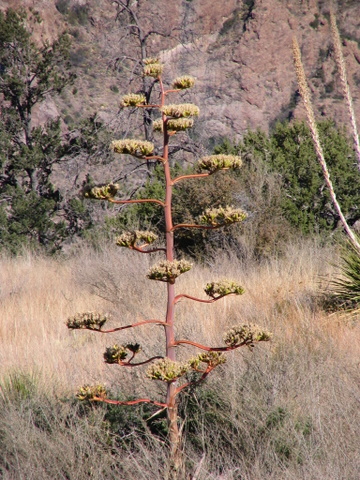 Slowly, but surely, we were getting closer to the window. 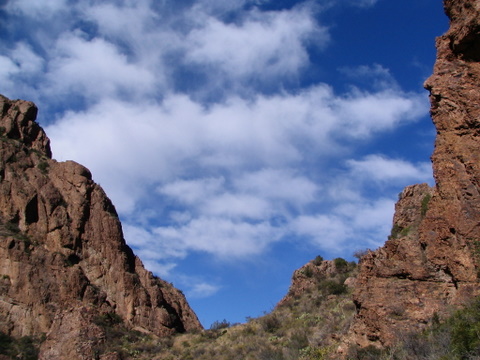 Closer to the Window

And there was more to see, like this beautiful grass patch: 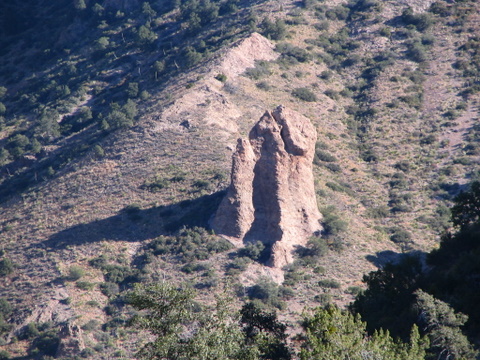 and a Roadrunner  running through it:

About 2 hours later, we got to the the ‘window’. A breathtaking view of a 200 feet drop of the stream into the Chihuahuan desert 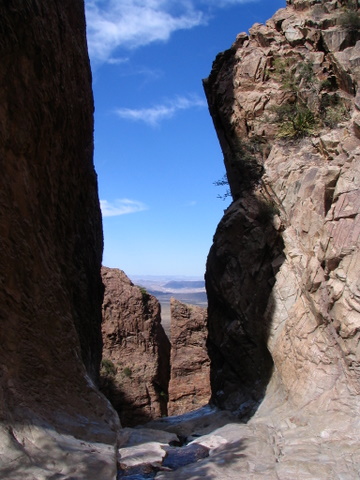 Although we got back at about 3 PM or so, we were really tired. Just an indication of how out of shape we were! We set out tent up and crashed for an hour and a half or so. By then, it was too late to start another hike. Sunset was in less than an hour. Instead I took stock of the Chisos Basin itself. It was quite a sight to behold. Behind our campsite was the Casa Grande: 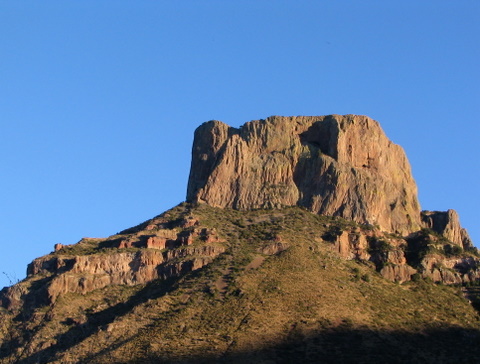 It was nightfall soon, and the temperature was dropping fast. We’d know the next day that the temperature that night has down to 24F! Since Big Bend is so far away from all civilization, there is virtually no bright light sources (like headlights, street lights, buildings etc.) at night. The moon was shining bright, bathing the entire basin in the pale white moonlight. I did my best to capture it on camera: 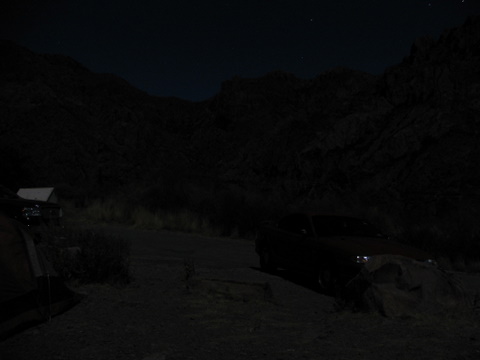 Thanks to the freezing cold night, it was painfully difficult to wake up early the next day. The temperature at 8AM was a biting 28F! With great effort we managed to wake up, get freshened up for what was by our standards, a mammoth task. We decided to hike to the Emory Peak: the highest point in the Big Bend. It was a towering 7845ft above sea-level. Chisos Basin is at about 5200ft. So we were gaining over 2500ft in 4.5 miles. It was a 9 mile round trip hike. Thanks to the preparatory 5-mile hike to the ‘Window’ the previous day, and a good night sleep, we were in a position to do this one.

The biggest adversary in hikes like these is not the distance (coz’ its short), not the incline (‘coz its not too bad); the worst is the altitude and the rate at which the altitude increases. The air is pretty thin (compared to seas level), and keeps getting thinner as you go up. So you are constantly out of breath. But the time you are acclimatised to a particular altitude, you have hiked higher, and so you are still out of breath.

We had to stop every 50 steps or so to catch our breath. I was not a happy camper about that. But each rest stop gave us something beautiful to admire. Like this view of Casa Grande: 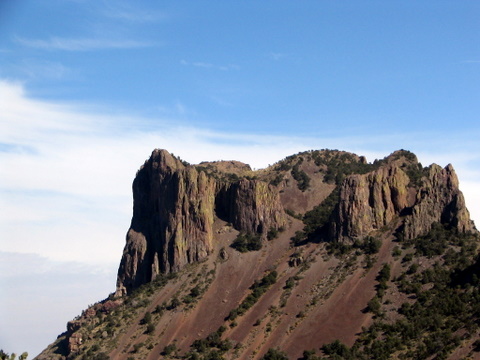 View of Casa Gradne on the Hike to Emory Peak 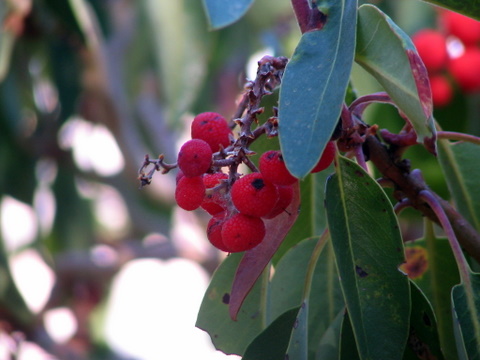 We even had fall colors there! 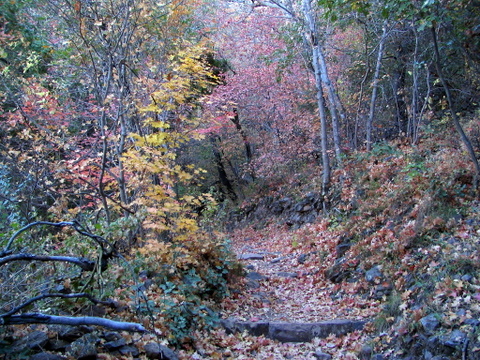 We finally got to a point above Casa Grande. Emory Peak wasn’t too far off. 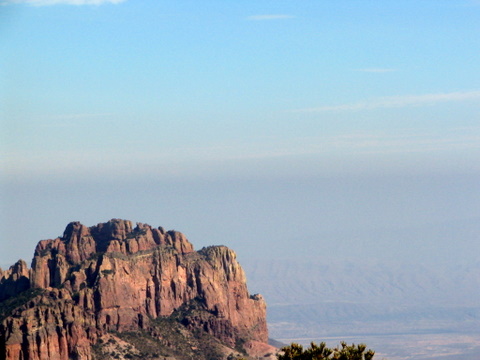 Looking down at Casa Grande

After rock climbing the last 60 ft. we go to the top of Emory peak. The view from above was breath taking! To the south was the vast expanse of Mexico. 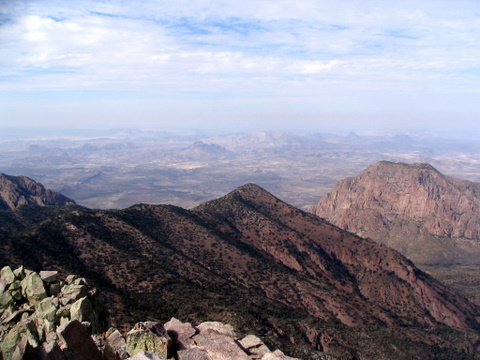 To the west, down below was our campsite, barely visible from this height:

Viewing the campsite from Emory peak

To the north was the vast expanse of the Chihuahuan desert:

View of the Chihuahuan Desert

To the east was rest of Texas: 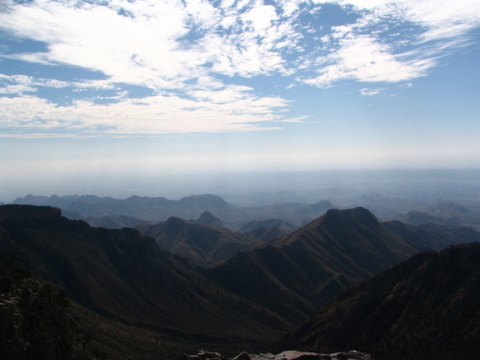 Two hours later, we were back at our campsite and it was 5:30 in the evening. Close to sunset.

Another cold night (this time braving 20F) later, we were up at 8 in the morning and headed out. Back on the road. Back on the flat roads of west Texas, back towards hill country, and then College Station. Back towards civilization. 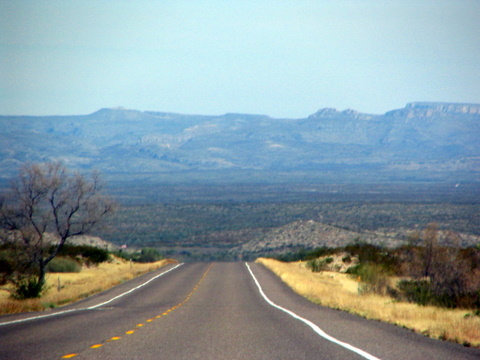