If you are in northern Bulgarian, I recommend stopping by Troyan Monastery.  It is definitely worth a couple of hours of your time.

Walking up to it, the entrance is fairly simplistic, which is to be expected from a monastery.

The mosaic on top of the left entrance doorway is a new modern day recreation of a roman style mosaic of virgin Mary with baby Christ.

Virgin Mary has a special place in this monastery. The church here is home to the three handed virgin. Here is an image of it from wikipedia.

The dwellings in the monastery are simple as well.

The only splash of "opulence" I saw among the dwellings was this fresco.

However, the church located in the middle is pretty impressive. It built on a low elevation, much like many other churches build during the Ottoman rule. This is largely because the law during the Ottoman rule was that no church should be taller than the mosque in town, and so churches were build at low elevation so that they can build high ceilings without it looming higher than the local mosque.

Here is are views of the outer walls of the church from the lower ground level, and from a higher elevation. 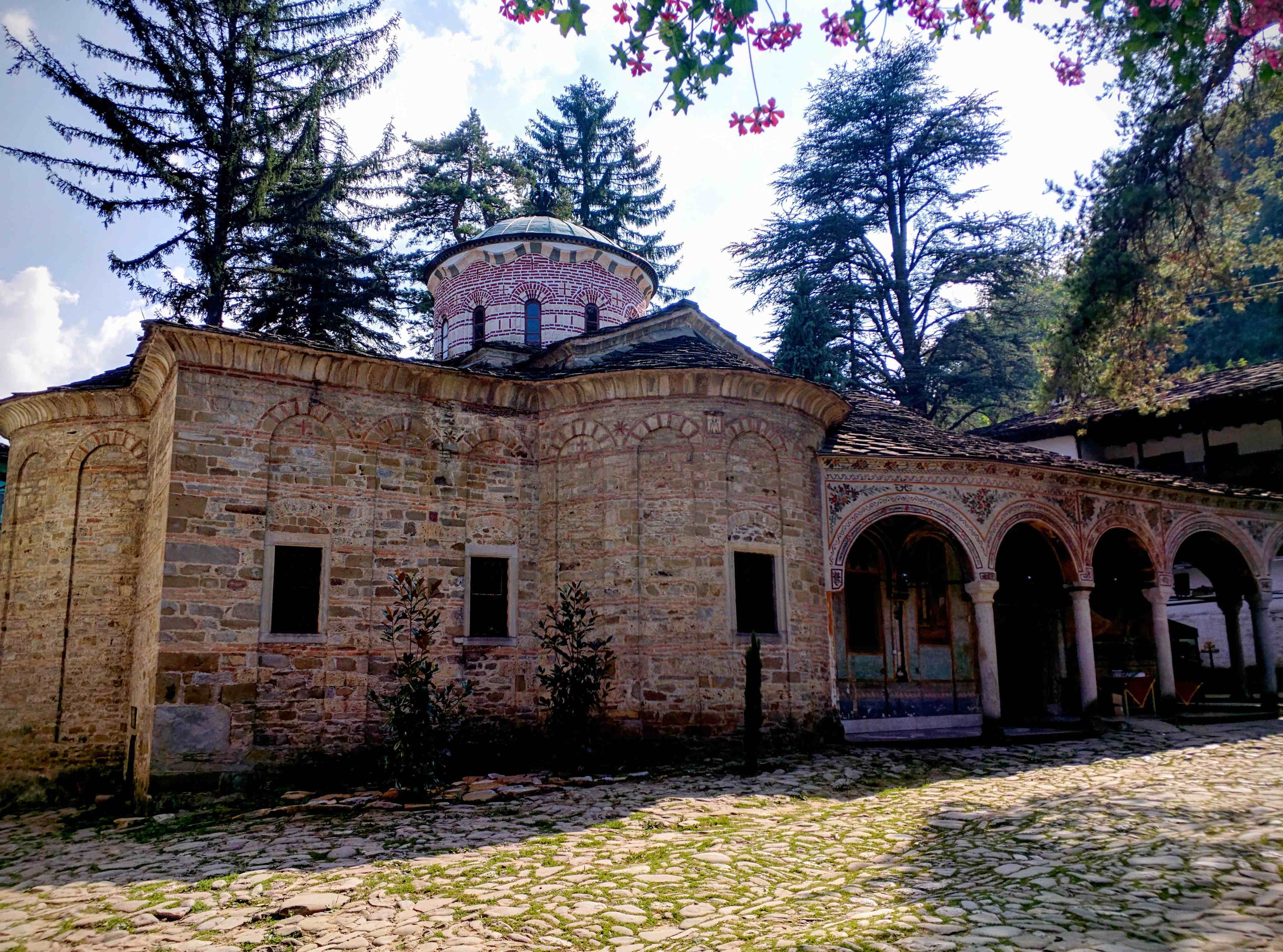 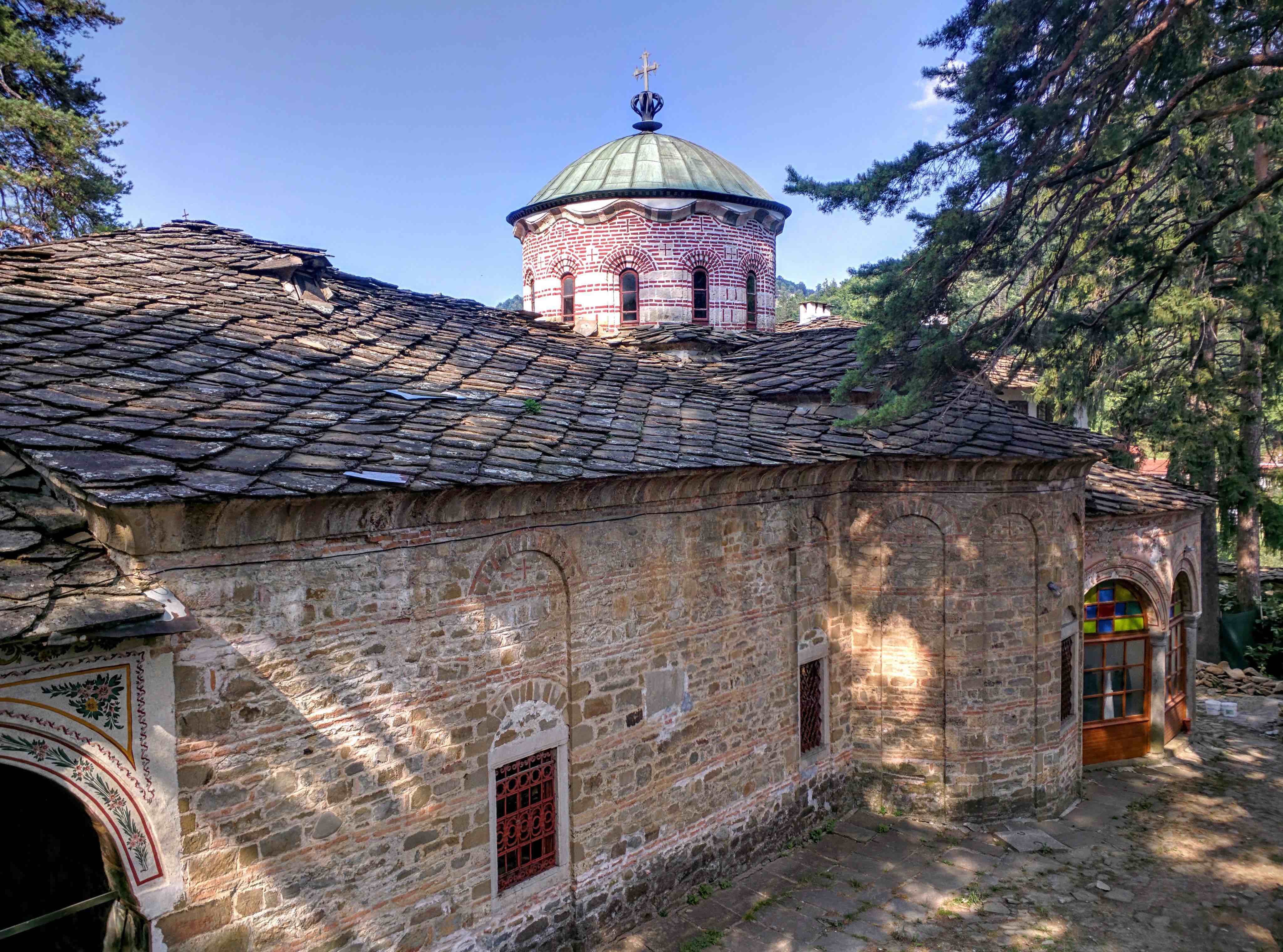 View of the church from a higher level (from the patriarchs’ graves).

It is the 19th century frescos that impress the most. The pillars along the entrance walls make a favorable first impression. 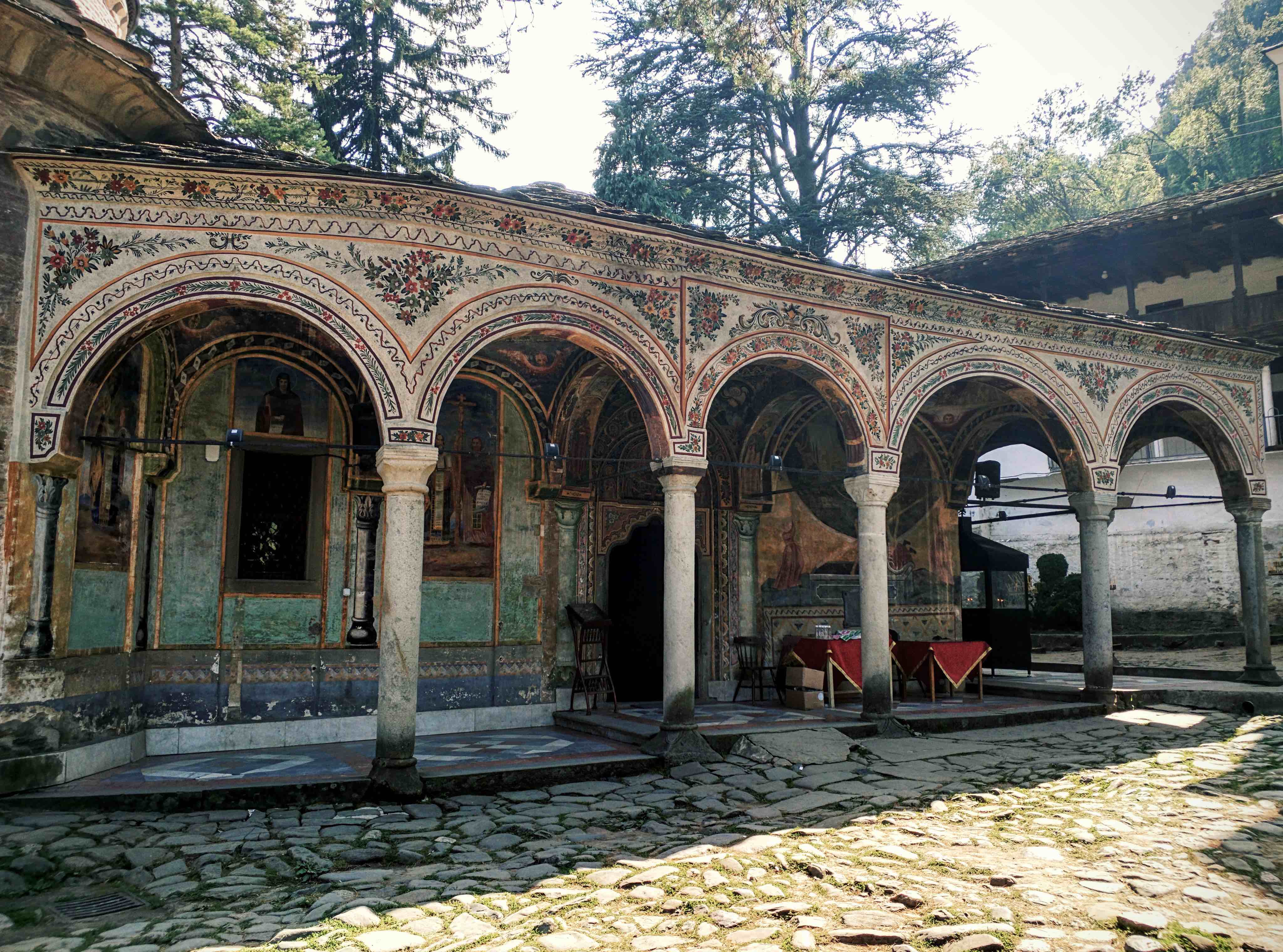 Notice the paintings along the frieze 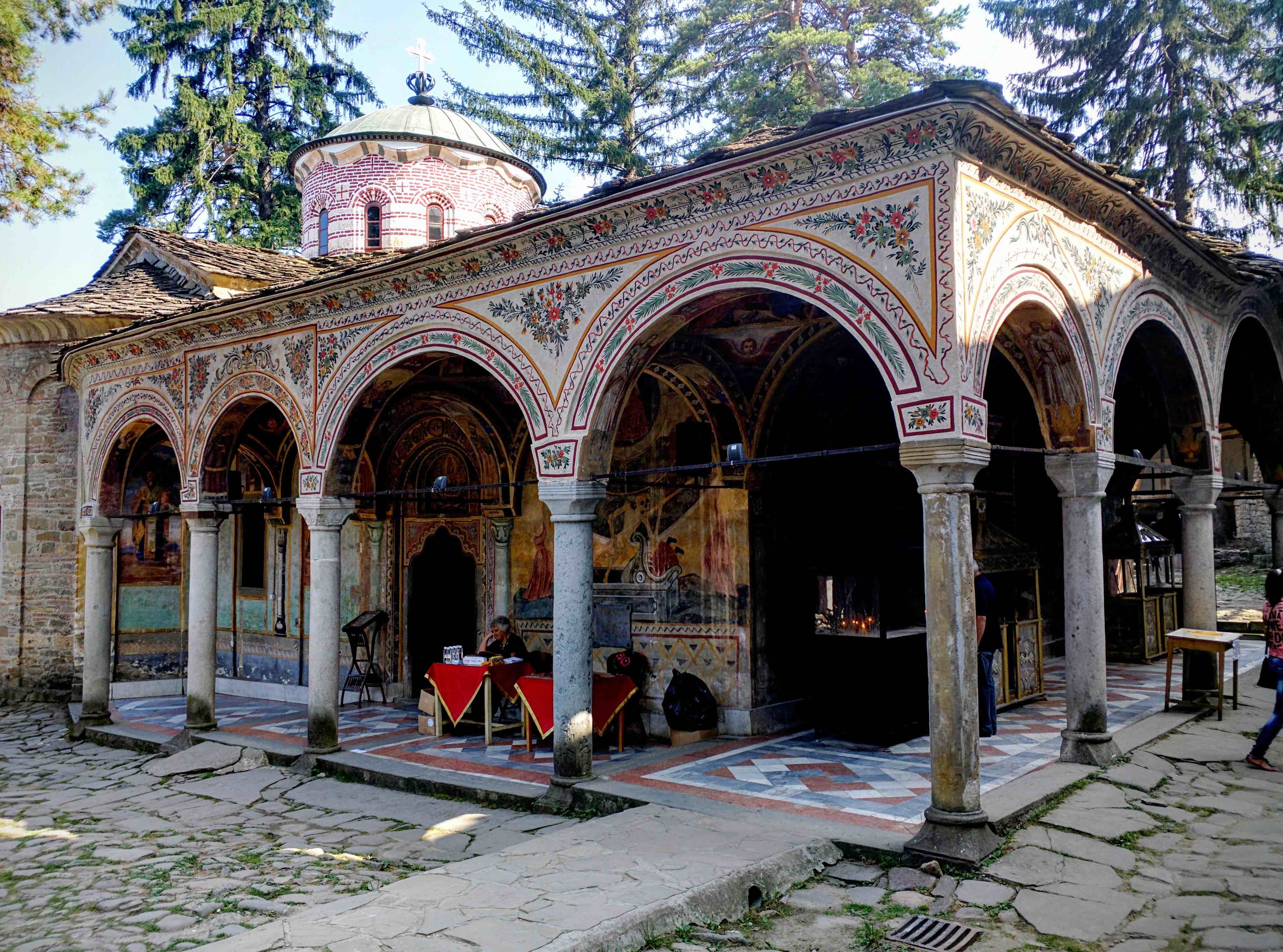 Another view of the frieze along both entrances to the church

However, it is the frescos along the walls and ceilings both inside and outside the church that impress the most. While I did not take any photographs of the inside, here is a collection of the frescos on the outside that should give you an inkling of what lies inside the church. 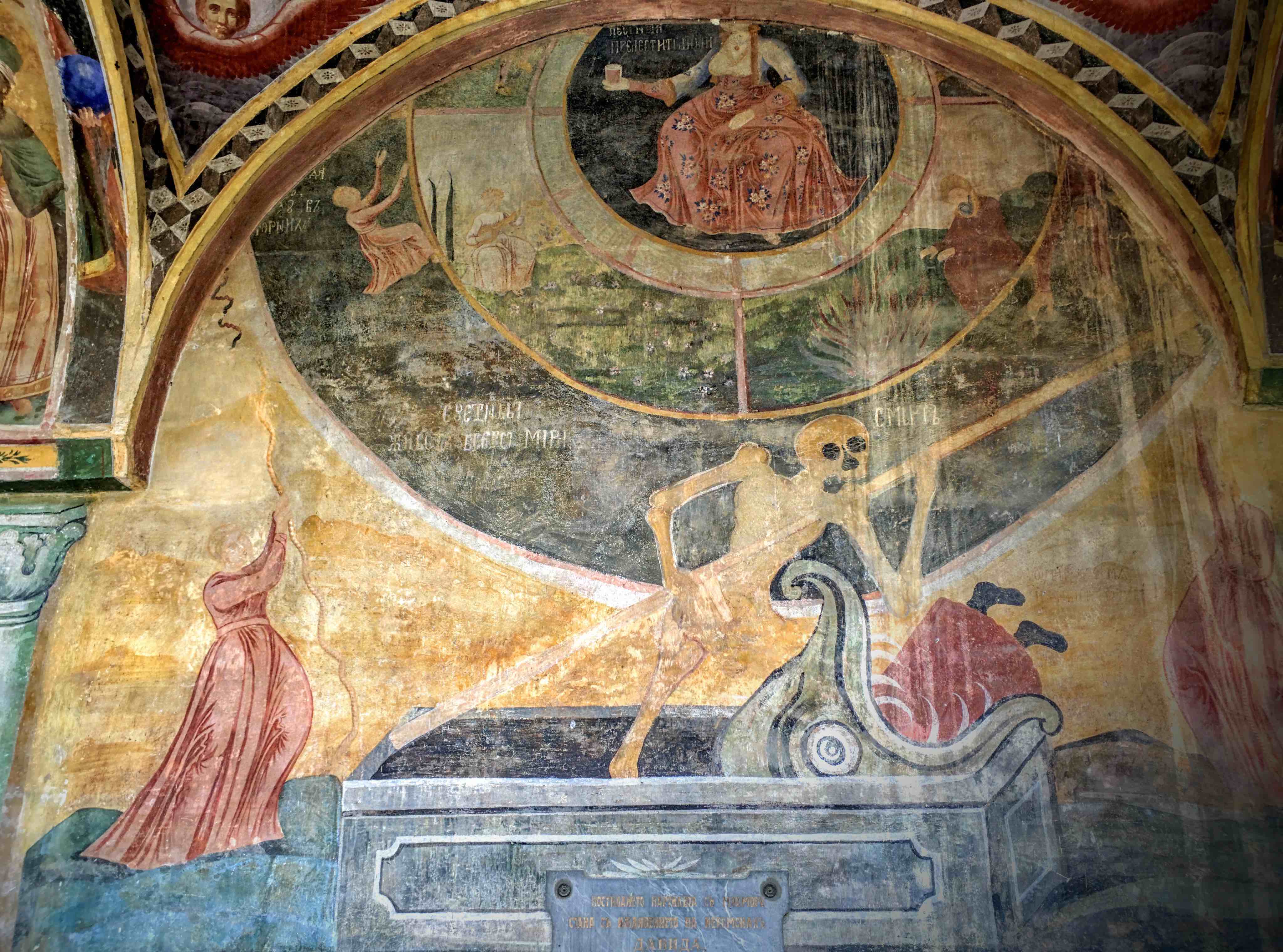 Fresco with a skeleton rowing in a sarcophagus and a fish in it swallowing a person. I have no idea what this is about. 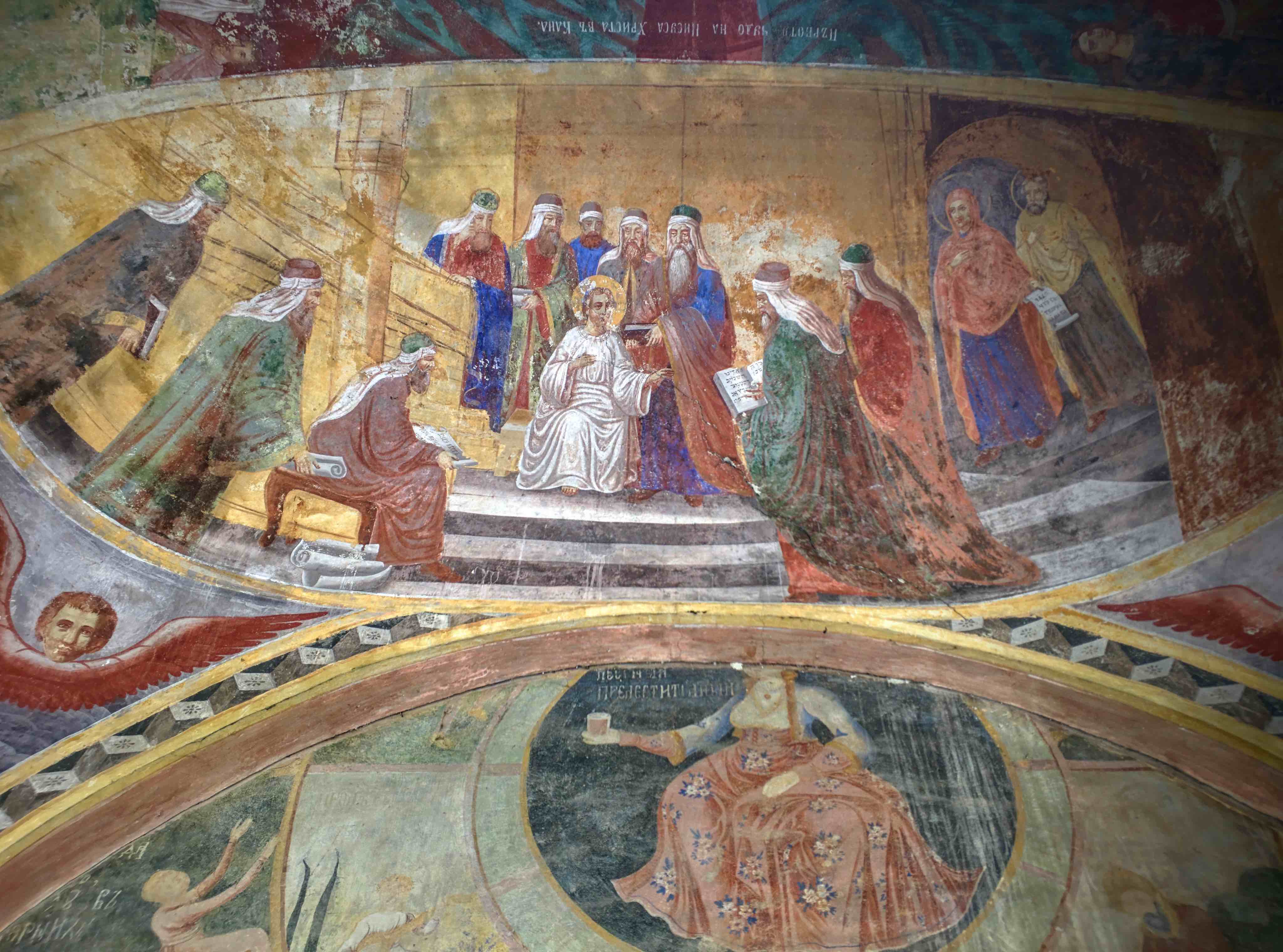 This is a continuation of fresco along the ceiling. 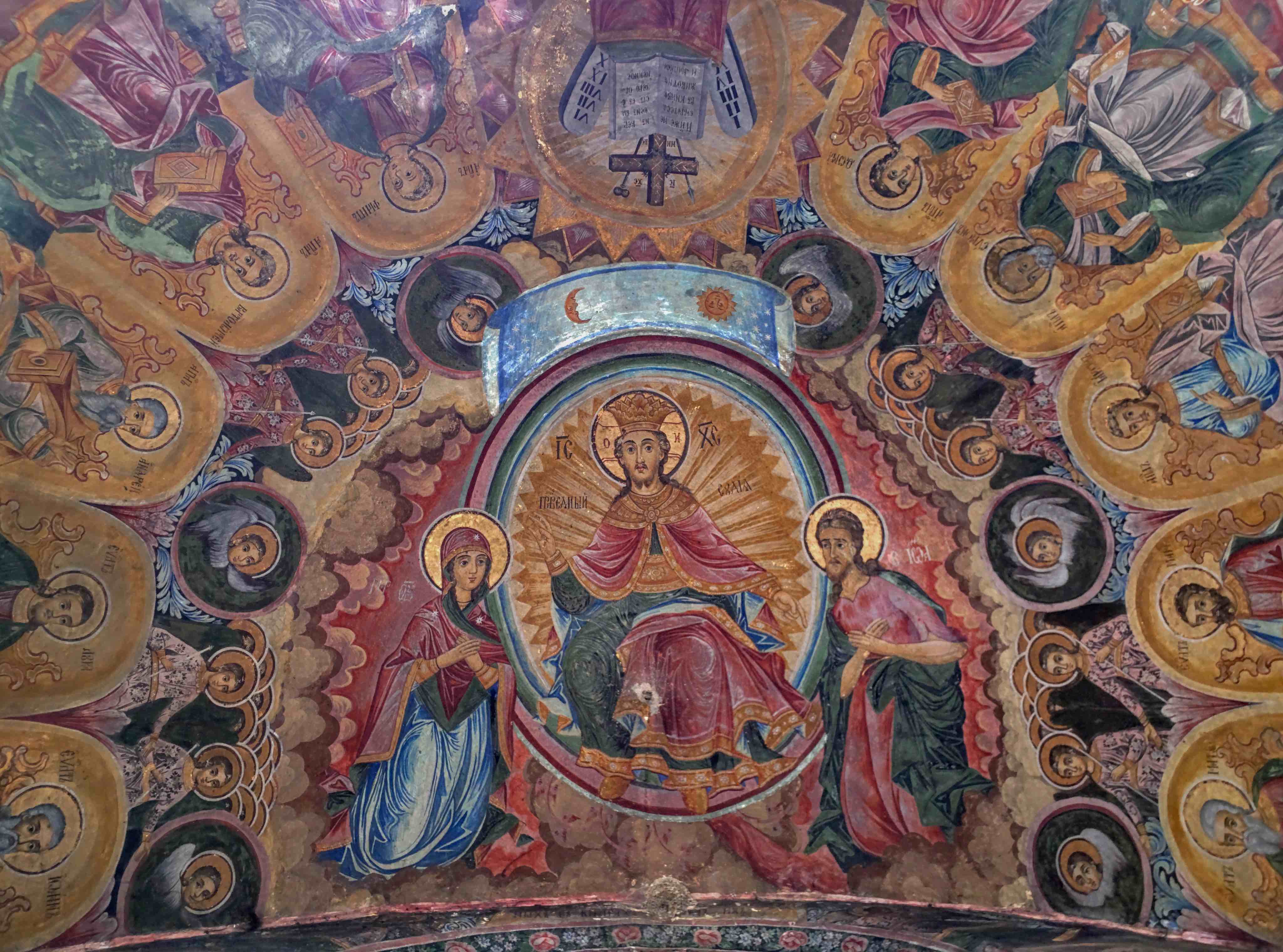 Another fresco at another part of the ceiling.

You will be much more impressed with what's inside the church. It is covered in murals along all walls and ceiling.

At the side of the church, I came across a small entrance with some writing on it.

Based on the sign at the entrance, I had to go see it for myself, and it did not disappoint.

The place also has a separate section for the patriarchs' graves, and a bell tower, but it really didn't offer much to an atheist tourist :)